What is ARP Protocol And ARP Spoofing 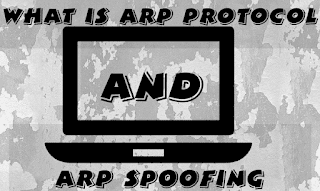 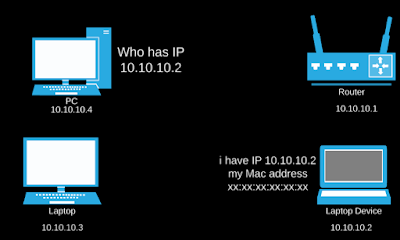 What is ARP Spoofing

Now here router and laptop device is not asking for the IP address of any device but the attacker is sending a message to the user that his IP is 10.10.10.1 which is the router IP address and user computer will accept the request and change it from the ARP table and become the router for the laptop device, same with router attacker send a message to router and telling that his IP is 10.10.10.2 and router will accept his message again will change his ARP table in this scenario attacker don’t have any IP address he is just sending the fake message now router will think that the attacker is the user and user will think that the attacker is the router, because of that when the user tries to visit a site his request is supposed to send to the router but it will be sent to the attacker and attacker will send it to the router because of security issue with ARP protocol that it just accept the request without checking that is it true and legitimate or not.

Read: How to perform Man in the middle attack

Now -i is for the interface which is eth0 (ethernet) you can also use wlan0 if you are connected to a wireless network and -t is for the target which is 10.10.10.2 in this scenario from the image above and 10.10.10.1 is router IP address with this command it will send the request to the user and tell him that he is the router.
When all is done open another terminal window and type the following command
This is the same command but this time it is for the router and telling him that you are the user 10.10.10.2, Now we are all set when you hit enter the attack will start you can check it from the victim computer and check the ARP table with arp -a and you will find out that the 10.10.10.1 which is router IP address and his mac address is changed with attacker mac address, but there is still one problem with this attack we have done everything when victim want to visit a website his request will be sent to us and our machine has to send it to the router but to send the packet to the router you need to do port forward to do that open another terminal and type the following command
Now all the packet will flaw with your computer you can intercept with all the packet with any packet sniffer like Wireshark