how to secure WiFi from hackers 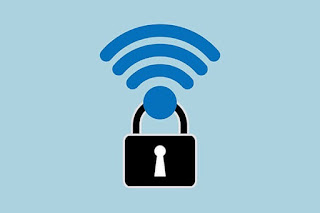 Wifi network is a target of any hacker it gives so much valuable and hidden information about the connected people. Hacker can monitor your traffic and can do so many attacks like Man in the Middle attack, DNS Spoofing, It’s always important to protect your wifi network from a hacker or script kiddie because there are so many tools to hack wifi can that can be used by a script kiddies to hack the Wifi Network, but before you know how to protect wifi from hackers you should have a basic knowledge types of attack hacker normally use to hack your wifi network.
There are n numbers of tools and applications available to hack wifi with Android Linux or windows. Aircrack-ng is the most famous tool for Windows and Linux to hack wifi network. it basically Brute-Force the network with thousand and million number of passwords.
Reaver is also a Wifi hacking tool if Wifi network is using WPS option then Reaver is one of the ways to hack the Wifi network. There are some other methods also available to hack the Wifi Network like Pixie attack and Pmkid etc. I am not going into deep how they work. so basically there are so many methods a hacker can use to hack your Wifi network.

How to Protect Wifi From Hackers

These are some options you can do to protect your Wifi from hackers, there is some other method also to Hack Wifi like Creating the Phishing page, Evil twin attack, etc, you can take the action against these attack by upgrading your router firmware, checking the malicious activity near you like someone is creating a phishing page with your WiFi name, in that case, make sure that you are trying to connect with your wifi, not the fake Evil Wifi.
Subscribe to the blog with your email or click on the bell icon for the daily update, You can join our telegram channel for the latest updates. and share it if you like the post.
Allabouthack
Post Views: 30
Tags:Wifi Hacking