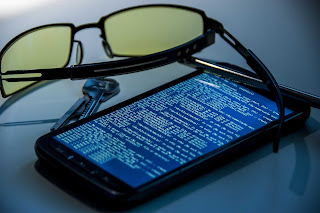 The smartphone market is continuously increasing day by day. People are adopting smartphone for every work on a day to day life. According to 2017 report market for Desktop/Laptop is decreasing and the mobile phone market is increasing rapidly. From Attacker point of view, Two Things are changed from the past couple of year.

So today i am going to describe the second one which is hacking with mobile platform. As an attacker you can open your laptop every time because of the size compared to mobile which is bit smaller and can be used at anytime. So today i will tell you some of the best mobile application (apk) for android(rooted) for pentesting puspose.

NOTE : Some of these application are very powerful. Be careful before using them and Don’t use these on other network except the one you have permission. Without permission it’s illegal to perform such attacks.

As i told you this is a very powerful application. You can download this application From Here

These are some of the tools used by pentester and cyber security expert. As i mentioned using these attack without permission is illegal be careful before using it.
Allabouthack
Post Views: 43
Tags:Android HackingHacking With Android